“The Blues,” American music that is the granddaddy of them all.   Early forms of the blues evolved in and around the Mississippi Delta in the late 19th and early 20th centuries. A fan of the blues need only travel to Memphis, Tennessee, to the world famous Beale Street and south to the beginnings of Delta Blues Music. To “Ground Zero,” the Cross Roads, Clarksdale, Mississippi.   Where U.S. Highway Route 61 intersects with Route 49. Where Robert Johnson sold his soul to the devil to achieve musical success. Johnson is arguably credited with being the first American blues singer-songwriter and musician. 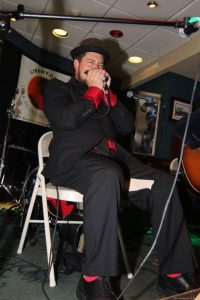 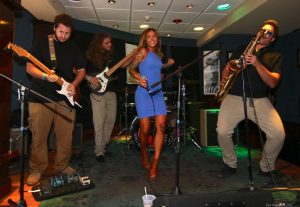 Delightedly, “The Blues” is just as prominent today, here on Long Island, than anywhere else in this world.   Here on Long Island, in the not too distant past, growing up we had the likes of Little Buster and the Soul Brothers and the one and only Sam “The BluzMan” Taylor. This year the LIBS will be sending Carrie & the Cats, in the band category, and Litko Duo in the solo/duo category to compete on Beale Street in the International Blues Challenge. Both entries have young 20 something year old musicians performing. Proof positive that “the blues” on Long Island is getting younger and is solidly here for a while. 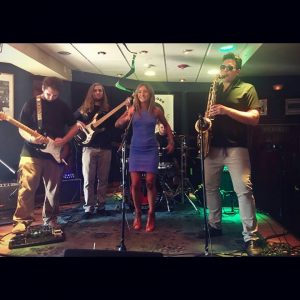 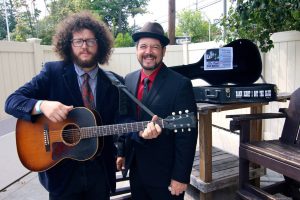 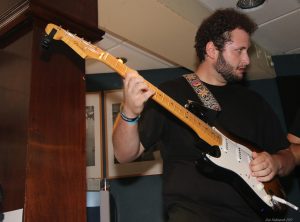 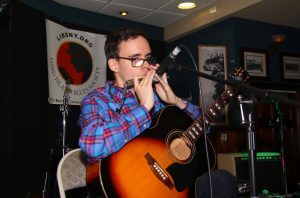 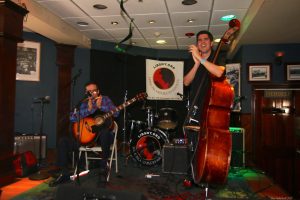 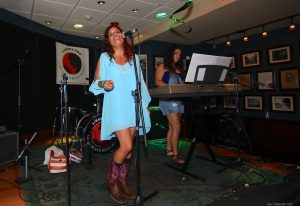 In addition to administrating an annual competition to determine what musicians make that trip to Beale Street, The Long Island Blues Society promotes member bands and musician’s gigs. Be it a festival, restaurant, lounge, night club or theater. You may very well find Long Island blues men and women playing the music lining their souls. 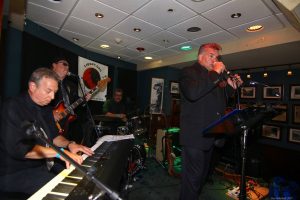 Before we get into the Long Island Blues scene lets first discuss the Blues Foundation. The Blues Foundation was founded in 1980, is based in Memphis and its mission is to preserve blues heritage, celebrate blues recording and performance, expand worldwide awareness of the blues, and ensure the future of this unique American art form.

In 1984, the Blues Foundation sponsored the then named “Blues Amateur Talent Contest” to give amateurs or up and coming musicians a chance to be discovered and get a foothold in the blues music industry. In 1986 the event was renamed the National Amateur Talent Contest and 17 bands competed. In 1995 the event was renamed to “The International Blues Talent Competition” to reflect the expanded demand and over 40 acts competed. In January 2000, the first International Blues Challenge was held with 50 bands competing. As the event has grown in size and popularity in 2002 it was decided to split the acts into two categories, Band and Solo/Duo. It just so happens that in the inaugural year of what is now known as the IBC, Long Island’s own, Toby Walker, won the solo competition. Now each year more than 200 acts from around the world gather on Beale Street in Memphis to compete for the International Blues Challenge and the Long Island Blues Society has been sending down bands and solo duo acts every year since. In years past, the LIBS has sent the likes of Tommy Keys, Grammy Award winner, Frank “King Bee” Latorre who has been to Memphis five times, twice as a solo act, once as a duo with Kerry Kearney and twice with his band the King Bees. Other local Long Island talent such as Pamela Betty, Ken “the Rocket” Korb, J.P. Blues, Chrissie O’Dell, Blue Ruin, Rob Europe and The Johnny Mac Band have also represented the LIBS. The Long Island Blues Society and its musician members have shown the world that blues music on Long Island is still alive and strong. This year the LIBS can also proclaim that it is getting younger and doing its part in keeping the blues alive.

This year, the Blues Foundation will be hosting the 34th International Blues Challenge and approximately 250 affiliate blues societies from around the world will take part by sending their entrants to compete. Each participating affiliate will send their best band and/or solo/duo performers for a head to head challenge along historic Beale Street to crown those acts ready to take the international blues stage. The International Blues Challenge, itself is a two-night quarter final round played in 21 blues clubs along Beale Street. Approximately 80 total acts will go on to play in the semi-finals and then 9 total band acts and 8 solo/duo acts will go on to the final round to perform their craft in front of a blues audience just blocks from Beale Street, at the world famous, Orpheum Theater. A visit to the Orpheum is a treat unto itself.

On August 12th of this year, the Long Island Blues Society held its completion to determine what musicians will be representing Long Island in Memphis. Judging this year’s event for the LIBS was a group of six experienced judges that have many years of knowledge of the blues from listening, producing and/or creating blues music. A point system set on a criteria by which all acts are evaluated throughout the IBC was used. This year’s Long Island judges included Rich Thiel, Ahmed Ali, Wally Rohr, Tommy Maher, Michael Pagliaro and Jerry Schaefer. These judges did not have it easy and the winners were separated from the other contenders by mere points.

Opening the competition was Rob Europe (acoustic guitar) and Harmonica Bill (mouth harp). This duo act set the bar high and it was going to be a tough night for the other competitors. Also competing is the solo/duo act was mother and daughter team, Pretty Blue. Vocalist Lisa Acre and her 13-year-old daughter Ava on keyboards played the blues with true heart and soul and the audience knew right off the bat that the solo/duo act was going to be close and the third entry didn’t even take the stage yet. Lihko Duo was the last solo/duo act to compete in that category and there are no words to describe what transpired. Noe Socha (guitar and harmonica) and Cliff Schmidt (upright bass and percussion) brought the house to a whisper before they blew the roof off the venue. Noe has graduated from the world renowned Berklee College of Music and has toured with Ruf recording artist, Vanessa Collier. Noe has previously competed at the IBC with Vanessa and made it to the finals finishing second in the band competition.

For the band competition, first up was a bunch of young blues artists, Cuttin Cotton, with Nash Redmon on lead vocals. Cuttin Cotton didn’t just warm up the stage, they set it on fire. At one time this writer thought Jake and Elwood Blues would be doing cartwheels on the stage. Six member blues aficionados, Blues Hangover have been together for over 9 years and showed the younger acts what it is like to have lived the blues. However, both of these acts had to compete with this year’s band winner, Carrie & the Cats. Front woman, Carrie Weeks has that strong female blues tone and is complemented by the delta blues guitar licks of “Wee” Will Bart and the rest of the Cats.

Will has played and recorded with the likes of Lightnin Malcolm and Luther Dickinson, recorded at Jim Dickinson’s world renown Zebra Ranch and recently played at the 67th Otha Turner Picnic in Senatobia, Mississippi with Delta Blues group, Johnny In The Basement featuring Robert Kimbrough Sr., son of the legendary Junior Kimbrough. Will plays the blues as if he was born in the Mississippi Delta and walked down Highway 61 all the way to the crossroads. With his experience in the Mississippi Delta and having that North Mississippi tone and feel, he and the rest of the Cats will certainly make Beale Street and the international blues world take notice that the blues is alive and strong on Long Island.

This year, the Blues Foundation will be holding its 34th International Blues Competition starting on January 16th through the 20th and the Long Island Blues Society will be well represented by Lihko Duo and Carrie & the Cats. Between now and then there will be plenty of fundraising events to help defray the cost of getting these musicians to Memphis. If you are a fan of the blues you must make sure you go out and support these bands and live blues music on Long Island.  (www.bluesgroupie.com or www.libsny.org) Whether our Long Island competitors win, get to the semi-finals or just the quarter finals, our Long Island “blues delegates” will be raising some eyebrows on Beale Street and putting the international blues world on notice that the Long Island Blues Society will be a prominent competitor in the International Blues Challenge this year and for years to come.

Keep the Bluer Alive and keep on the lookout for more Appearing Live Tonight and remember, support live music and enjoy your “NIGHTLIFE.”