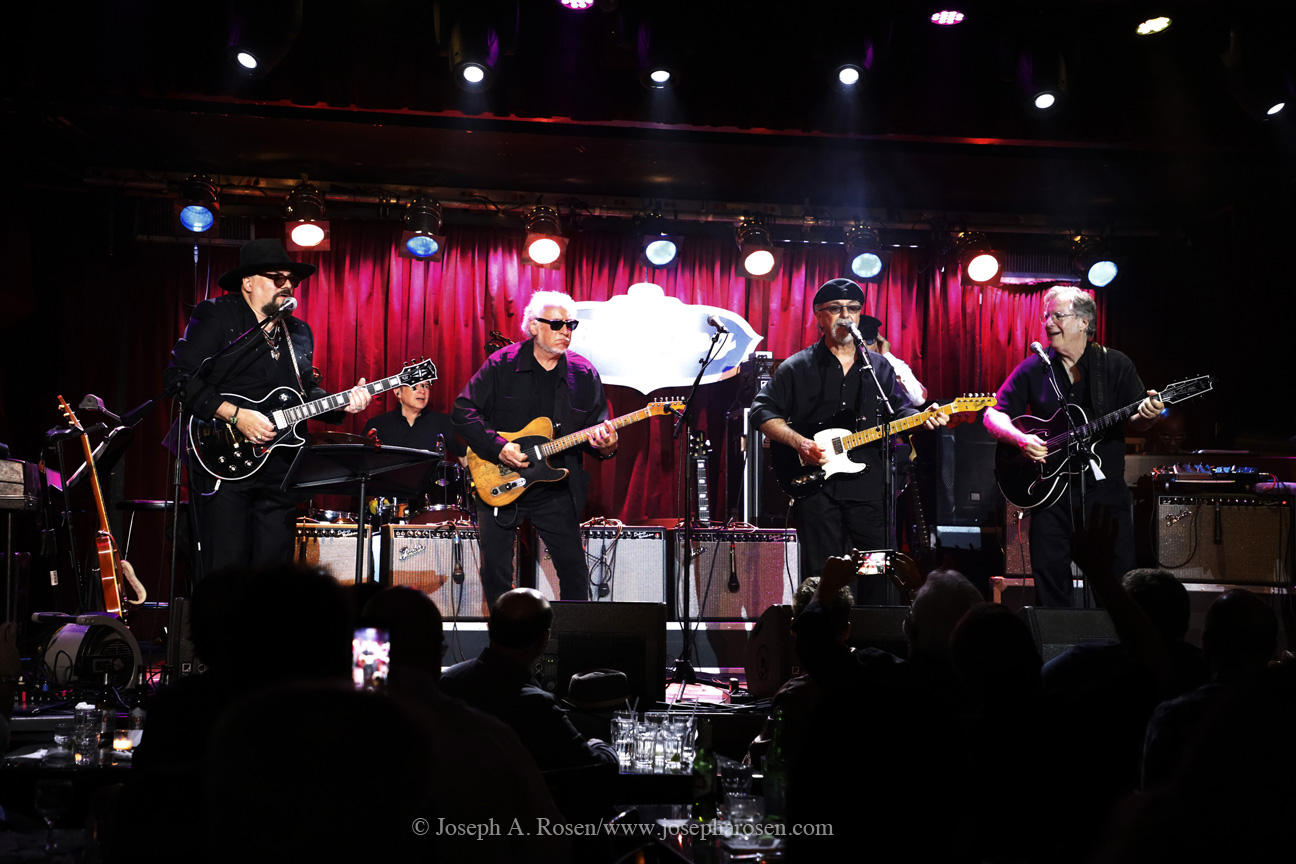 With his expert market knowledge and awareness of New York City neighborhoods and their ever-evolving identities, Greg has been the recipient of many highly sought after industry awards.   However, real estate sales are no longer the only thing Greg is known for.  He has been involved with numerous charity events over the years. This past May, Greg and world renowned fashion designer, John Varvatos, co-produced, Love Rocks NYC!. This star studded concert fund raiser benefitted God’s Love We Deliver, a New York City based organization providing nutritious, individually-tailored meals to people who are too sick to shop or cook for themselves. Love Rocks NYC! was a “celebration” held at the historic Beacon Theatre that brought together an all-star lineup which featured a range of legendary and contemporary Grammy Award winners, nominees and Rock and Roll Hall of Fame inductees spanning rock, pop, blues and soul that included the likes of Joe Walsh, Mavis Staples, Jackson Browne, Warren Haynes, Michael McDonald, Derek Trucks, Keb’ Mo’, Aaron Neville, Lisa Fischer, Susan Tedeschi, William Bell, Blind Boys of Alabama, Jackie Greene and Sam Moore, just to name a few.

In September, Greg and friend Jimmy Vivino, Music Director and Bandleader for The Conan O’ Brien Show, brought together some of the finest musicians in New York City and throughout the East Coast at B.B. Kings in New York City. This “Blues Revue” payed tribute to The Blues and all proceeds generated benefitted the Blues Foundation (www.blues.org). The Blues Foundation is based in Memphis and its mission is to “preserve blues heritage, celebrate blues recording and performance, expand worldwide awareness of the blues, and ensure the future of this uniquely American art form.”

So, with Greg’s love for music, particularly his love for “the blues” he set out to create an event to celebrate blues music.  After reading The Blues Foundation’s mission statement and taking note of the work it does, Greg contacted Barbara Newman, the president of the Foundation, and inquired if it would like to be the beneficiary of a New York concert celebrating Blues music.  As Barbara told us, “it was a perfect partnership for The Blues Foundation.”  Barbara added “what better venue to hold a celebration of the blues than B.B. Kings” in Times Square, New York City.

After Greg recruited his friend Jimmy Vivino, the two blues enthusiasts recruited some of the finest blues musicians in and around New York City to pay tribute to The Blues.  In Vol. 1 of “Jimmy V’s NYC Blues Revue” artists covered songs by legendary bluesmen such as Muddy Waters, B.B. King, Robert Johnson, Howlin’ Wolf, Albert King, Eric Clapton among others.  However, before we get in to the musicians, we need to mention the house band, a super group unto itself featuring Will Lee, Danny Louis, Leon Pendarvis, Shawn Pelton, Bette Sussman, Jerry Vivino, Erik Lawrence and Earl Gardner, led by Jimmy Vivino himself.

To start the evening, an excited Barbara Newman took the stage to bring awareness to the Foundation and its mission, the programs it administers and then some special “thank you’s” to Greg Williamson and Jimmy Vivino to the packed/sold out show. Lastly, Barbara thanked the fans that come out to support the blues and live music.

As the lights dimmed the sold-out, standing room only crowd reached the edge of their seats and craned their necks for a view. From a side door, Jimmy led out a procession of the evening’s musicians that paraded around the room while playing “Stranger Blues.” The enthusiastic crowd was immediately brought in to the show with its clapping to the beat until the musicians made their exit through the opposite side door. As the musical procession was leaving the floor, Ruthie Foster, Catherine Russell with Bette Sussman on keys, kept the crowd on its feet with an incredibly spiritual rendition of John the Revelator.  And the evening just started.

As the house band took its positions, Jimmy Vivino informed the crowd that there were “just as many people back stage as there were in the audience.” Bill Sims steps to the front and started a finger picking acoustic Going Down the Road that featured John Sebastian on harmonica, Catherine Russell and Vivino sharing vocals and Jerry Vivino on the washboard.  With John Sebastian taking up the guitar this ensemble moved in to a “roots music” rendition of Mobile Line.

After Chris Barnes, a Hell’s Kitchen native, performed a lively Hokum blues favorite, I’m Gonna Get High and Bill Sims rendition of Rainy Day Woman, twenty year old “blues master” King Solomon Hicks payed tribute to “Blues Master himself” B.B. King with a scorching rendition of, Everyday I Have the Blues.  If that wasn’t enough he followed this up with Albert King’s, That is What the Blues is All About.

Catherine Russell came back on stage to sing a stellar rendition of Etta James’ Tell Mama, Bob Margolin and Shemekia Copeland joined her with a “swanky” Willie Dixon classic Wang Dang Doodle with a harmonica solo by none other than John Sebastian.  Steady Rollin Bob Margolin then played tribute to the man “that kept him on the road for years”, Muddy Waters, with one of the most animated and smoking guitar solos ever witnessed. Bob couldn’t stop and jumped right in to Mojo Working of which Gov’t Mule keyboardist, Danny Louis joined Bette Sussman on the ivories.

Keeping with this insane blues evening, those of us in the audience were treated to a remarkable performance by the young Marcus King who would sing a very Janis Joplin rendition of Cry Baby. You could have felt Janis in the room as Marcus sang the chorus with just that “Janis touch” before breaking into a melodic guitar solo. If that wasn’t enough, Marcus performed a very upbeat Good Morning Little School Girl, the blues standard first recorded by Chicago blues vocalist and harmonica pioneer John Lee “Sonny Boy” Williamson in 1937.

This “Blues Revue” was peppered with performances by Shemekia Copeland, Joe Louis Walker, Scott Sharrard (Gregg Allman Band), Tash Neal and Eric Krasno (who did a very Jimmy Hendricks inspired Political Blues). After Ruthie Foster brought the house to a quiet whisper while performing a soul inspired Maya Angelou’s Phenomenal Woman with Catherine Russell on background vocals, Grammy winning, William Bell joined Ruthie for a duet of his Private Number. Mr. Bell stayed in front while singing a touching I Forgot to be Your Lover followed by Born Under a Bad Sign, a song he wrote with Booker T. Jones and  performed by Blues greats like, Albert King, Eric Clapton and Cream, Buddy Guy and Koko Taylor and even Homer Simpson.

Legendary Sam Moore took the stage to a standing ovation and performed Get Out of My Life Woman and a song recently recorded on his newest release, John Lennon’s Imagine that was beautifully performed by “The Soul Man.”

Bringing the evening to a close, Jimmy Vivino introduced his good friend from the Bronx, Dion Dimucci who ended the evening with King of New York Streets and Gangster of Love.  Rather than leave the stage and coming back for an encore finale, Jimmy and the band stayed on stage and brought back Bob Margolin to perform a very bluesy rendition of Dion’s The Wanderer to end this incredible evening.

After the show we had an opportunity to speak with The Blues Foundation President, Barbara Newman. Barbara told us that “The Blues Foundation is so appreciative of Greg Williamson’s vision and his and Jimmy Vivino’s partnership in producing this event. While the fundraising dollars that come with any benefit are integral to our ability to fund our mission, the opportunity for outreach to the blues industry and blues fans in the New York region was equally valuable. We were so happy with the positive response the audience at B.B. Kings gave that evening to The Blues Foundation, but we are even happier to be receiving the longer term support that is coming from new membership registrations created that night.”

So with, Greg Williamson’s love for music, particularly the blues as well as his tremendous philanthropic generosity, Greg has already promised us “Blues Revue Volume 2.”  He has also just put the finishing touches on another Love Rocks NYC! benefitting God’s Love We Deliver at The Beacon on March 15, 2018, a benefit that has already generated over a million dollars in donation support for this cause.  Greg is gracious enough to let us know that Love Rocks NYC! is going to host an insane lineup. After attending last year’s inaugural event, I strongly recommend that you do not miss this show and that you get your tickets early.

An Unforgettable Cirque Experience for the Holidays