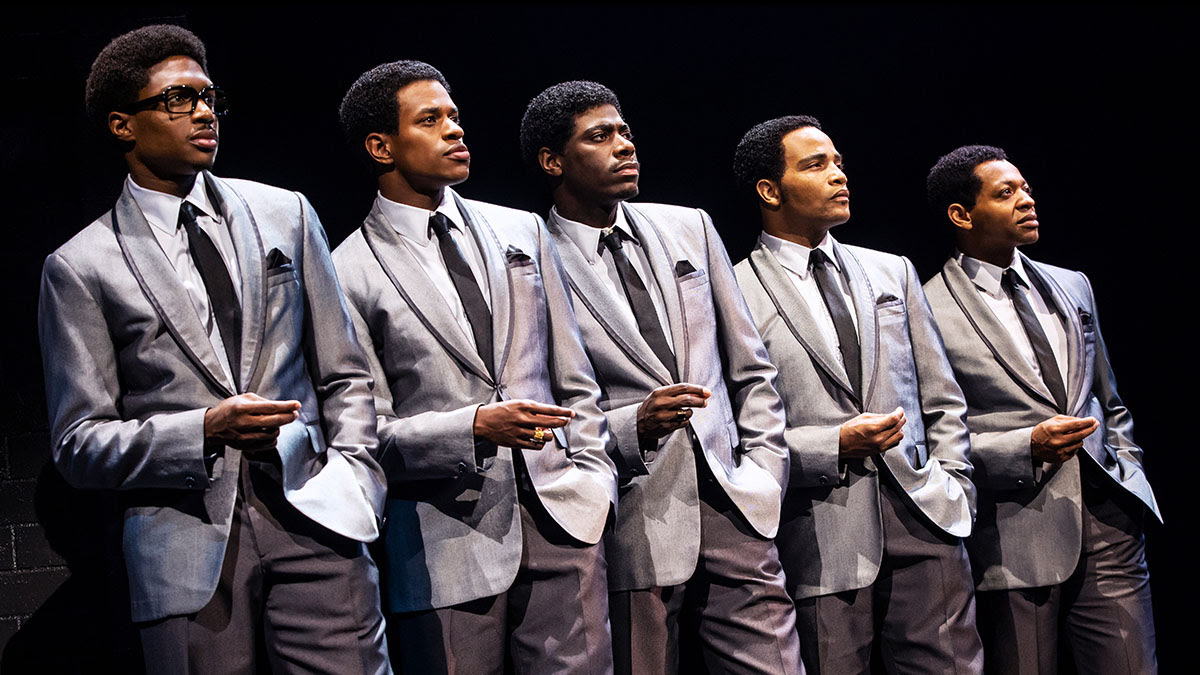 For playwright Dominique Morisseau, one of the sweetest parts of making her Broadway debut is being able to bring her hometown with her.

Kennedy Prize winner, two-time Obie Award winner, and recipient of the MacArthur Fellowship, Morisseau is already known to theater fans for probing plays such as Pipeline and a trilogy known as “The Detroit Project,” consisting of Detroit ’67, Paradise Blue, and Skeleton Crew, each exploring struggles faced by African Americans in fraught times. The musical that brings her to Times Square, Ain’t Too Proud: The Life and Times of The Temptations, once again finds her focused on the Motor City — this time on the renowned hit factory Motown Records and the legendary vocal group that’s proven one of its most enduring exports.

“Because of what The Temptations meant to Motown and what Motown means to the world, this feels extra-special,” says Morisseau. “It makes this Detroit girl very visible, and people in Detroit know about it, and they feel very proud.”

In writing the libretto for Ain’t Too Proud, set to begin previews February 28 and opening March 21 at the Imperial Theatre, Morisseau was inspired by a memoir by Otis Williams, a founding member of The Temptations and the sole survivor of its original lineup. “In a lot of ways, this is a memory play,” she says. “We’re seeing the world through Otis’s eyes, revisiting moments when he made pivotal decisions, or pivotal decisions were made for him. He’s reconciling the journey to becoming what he became and what the group became with the cost of that. I’m generally attracted to stories that look at what a gift can cost you, rather than just the reward.”

In addition to charting The Temptations’ hit parade — including timeless favorites such as “My Girl,” “Just My Imagination,” and “Papa Was a Rolling Stone” — Ain’t Too Proud documents tension and discord both within the group, which has undergone numerous personnel changes, and around it. “There’s a moment when we look at the Detroit rebellion, the riots in 1967, which I also looked at in Detroit ’67,” Morisseau notes. “But now it’s with The Temptations, so you see people coping with unrest in their city and their nation on a macro level.”

The incarnation of the group known as the “Classic Five” — with Williams, Paul Williams (no relation), Melvin Franklin, Eddie Kendricks, and David Ruffin — are the main focus of the show, Morisseau says, with Motown founder Berry Gordy also serving as a central figure. Gordy “is one of the most complex characters because of his vision, what he was trying to do with his music label, and how that affected dynamics within the group. Who was on board with Gordy’s vision and who wasn’t impacted their being members of the group.”

Having not worked on a musical before — though she presently has two others in development — Morisseau was drawn to the collaborative nature of the form. “Collaboration is my favorite thing about theater; it’s why I’m in it,” she says. “I’ll never forget when we were working on ‘What Becomes of the Brokenhearted.’ It’s one of the big emotional numbers in the story, and I remember feeling that it needed to bring the house down, thinking about what I needed to do and what we needed to do as a group and watching the cast ad lib with the musical director to find that thing that would really make it pop at the end. That was glorious, letting the music guide the journey. It was awesome.”

Morisseau notes of the musicals cast members, “Some are new to Broadway and some have been working for a long time, but none of them have worked on a musical where the book writer is a black woman.” Her race and gender have been complicating factors generally, she says, “since people project things onto me because of those things, and I feel like I constantly have to negotiate those projections. I’m also a youngish woman of color, so age is another thing. I find myself having to be strategic in sharing my opinions. In art, you feel strongly about your creative ideas, and I have to deal with people being uncomfortable with my cultural perspective — my cultural truth, really. The task of making everyone feel safe with me, and with my strong ideas, can be exhausting.”

Fortunately, Morisseau continues to find outlets for her passion and insights. Currently a playwright in Signature Theatre’s Residency 5 program, she’s due to premiere a new play, Mud Row, at People’s Light in Pennsylvania this June. She’s also a writer, executive story editor, and co-producer of the Showtime series Shameless, which follows an alcoholic single father of six.

“We spend so much time trying to dress our wounds beautifully,” Morisseau notes. “There’s so much smoke-and-mirrors. I feel like my mission is to crack open those mirrors and see what’s behind them. It’s cost me a great deal to do what I do, and when I look at other people and know they also paid a price, and see the great things they create in spite of that, it gives me new inspiration to continue with my own art. It’s my salvation.”

‘YANNI 25 – Live at the Acropolis Anniversary...