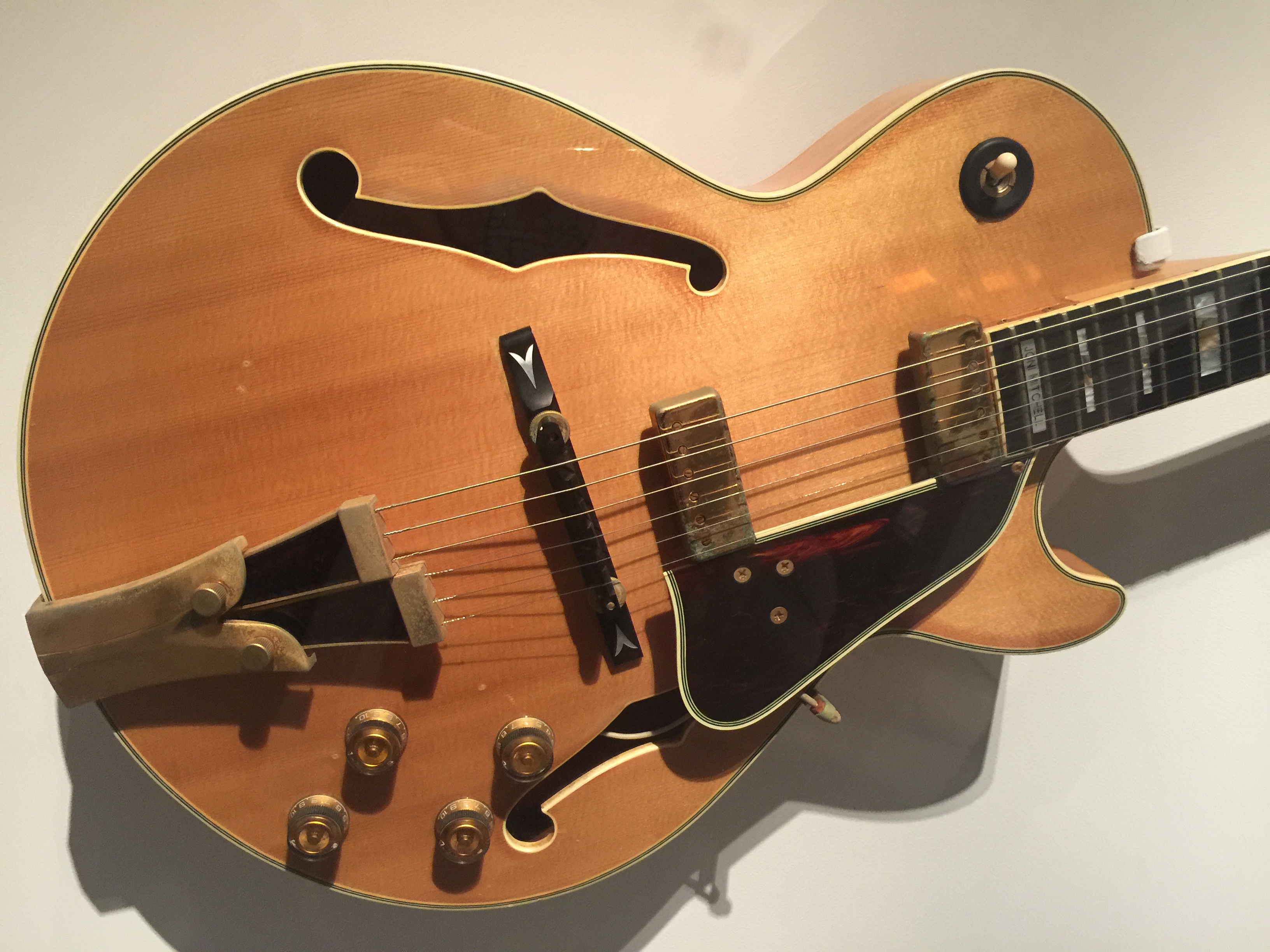 I grew up listening to just about every generation of rock and roll thanks to both of my parents who shared with me their favorite music. It is unsurprising that a certain band or two reminds me of fun moments from my childhood, and I can imagine my brother feels the same.

Visiting “Play it Loud: Instruments of Rock & Roll” at The Metropolitan Museum of Art was another chapter in my exploration of music. I did not know an exhibition could be so good. I suggest to music-lovers who loved Jimi Hendrix long before me to once again play homage to their beloved idol. It is nothing like your first concert or first time hearing a certain album, but “Play It Loud,” now running through October 1st, will probably have you revisiting all you favorite music when you get home.

The exhibit pays tribute to the art of rock and roll, featuring a plethora of instruments (nearly 140 in total and most of which are guitars). The majority of these instruments have been played by one or more of your favorite musicians. I am hesitant to spoil the exhibit for those interested in visiting, but for those still not convinced; Play It Loud is special simply based on the artworks themselves. By artworks I mean, guitars, pianos, and saxophones.

Clear cases enclose the instruments for close-up gawking (or drooling). Amongst the treasures are Chuck Berry’s Gibson ES-350T; Jerry Lee Lewis’ 1955 Petite Grand piano; Muddy Waters’ “The Hoss” Telecaster; The Beatles’ Ludwig Downbeat Four-piece drum set with cymbals; and Jim Hendrix’s “Flying V,” which he used to play his solo in “All Along the Watchtower.” The exhibit also features the first Fender guitar, and an early version of the Stratocaster, as well as original posters advertising historic line-ups.

One such poster is from the Isle of Wight Festival, which would be one of both Jimi Hendrix’s and Jim Morrison’s last shows in 1970. Also featured is a poster advertising The Doors, Jimi Hendrix, & The Rascals at Flushing Meadow Park, a venue located a few miles away from my home borough of Queens. Another poster, which according to the exhibition’s website, is the only surviving poster advertising The Quarrymen, a.k.a. the band created by John Lennon, Paul McCartney and George Harrison before they became the Beatles.

In summary, Play It Loud is the sort of exhibit you can spend hours studying. I recommend you spend an intimate few hours with your idols at the Met this weekend! Visit https://www.metmuseum.org  for hours and schedule.

Photos: 1. ES-350T (serial no. A29125) Gibson  2. “Twang Machine” from the Fred Gretsch Manufacturing Company  3. Model 425 (serial no. BH 439) Rickenbacker, Inc. Used by George Harrison in multiple television appearances.  4. The Yardbirds and The Doors at the Fillmore Series Poster from 1967 by Bonnie MacLean.  5. Customized Moog Modular Synthesizer with keyboard, ribbon controllers, and stand. According to the Met’s website, “Keith Emerson of the new band Emerson, Lake and Palmer sought out one of the synthesizers that Robert Moog built for a 1969 Museum of Modern Art concert.”  6. Sitar belonging to Ravi Shankar. Rikhi Ram Music Instrument Manufacturing (Indian, est. 1920).   7. “The Fool” (back and front) SG Gibson played by Eric Clapton for Cream. He received it from George Harrison before it was painted by the Dutch artists Marijke Koger and Simon Posthuma.  8. Jimi Hendrix’s Stratocaster,1968, which he played the “The Star Spangled Banner” at Woodstock Festival.

‘YANNI 25 – Live at the Acropolis Anniversary...