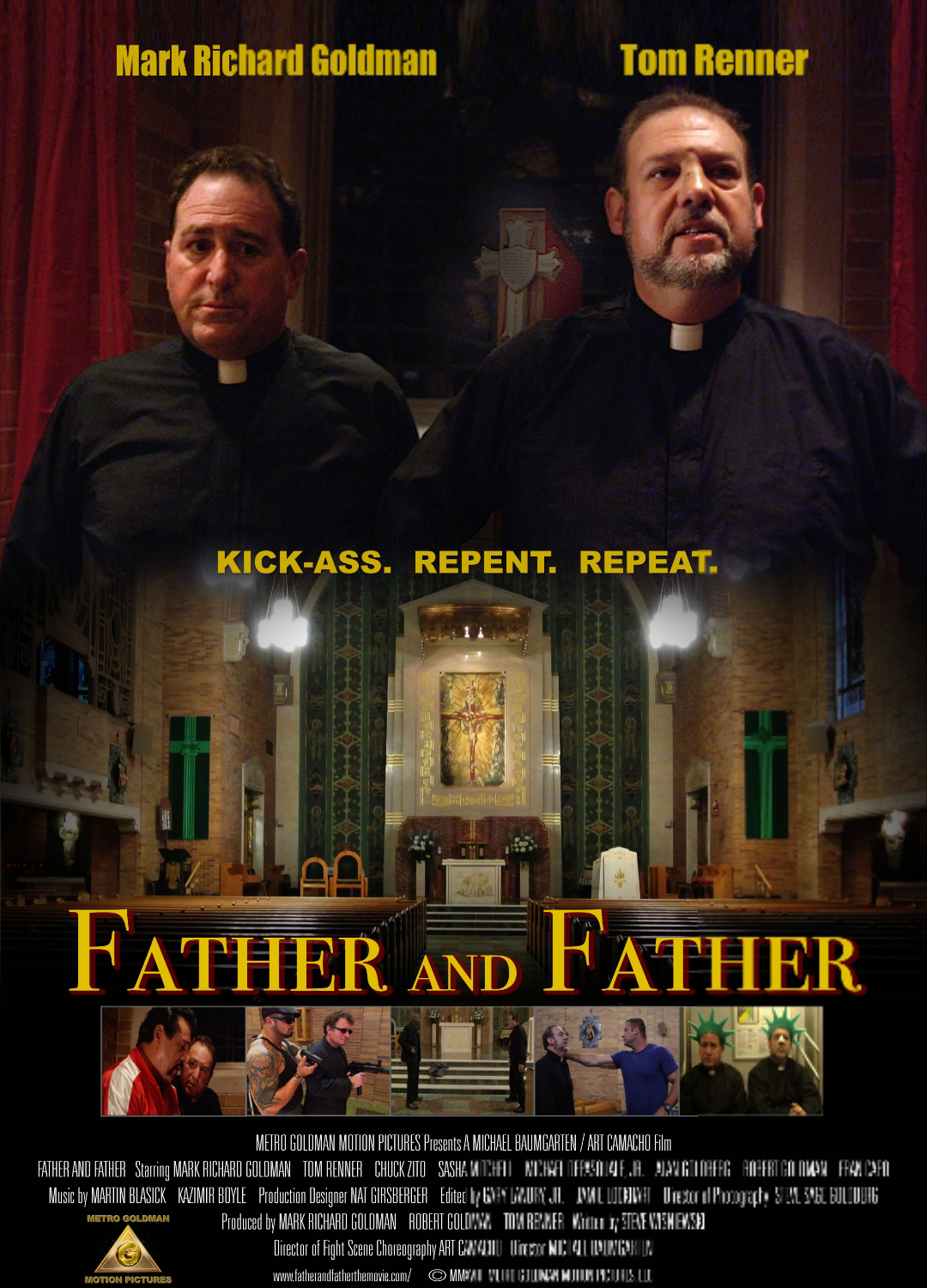 Father and Father is a face paced, character driven comedy (Directed by Michael Baumgarten  and Art Camacho) about two Priests forced to go on the run from Sasha Mitchell (Step by Step and the Kickboxer films) after they hear a confession from a wounded mob boss (Chuck Zito- OZ and Sons of Anarchy). The movie is based on the characters created by producer Mark Richard Goldman aka Goldy. Besides saving their own skin, the Fathers task themselves with not only saving the Boss’s life, but his soul as well. In return, the Boss pledges to provide the truth, penance and State’s evidence. As the Fathers dodge bullets and bad guys, they fall under the wrath of the Church superiors who have always questioned their backgrounds and methods. They fight in pews and on the church steps. They are busting things up. They get heat from the Diocese.  They turn in their collars, and then pick them up again because it’s the right thing to do. You’ve heard of the long arm of the law, but how about the long arm of the Lord?  Father and Father was filmed on Long Island using the Kazan Dojo for rehearsal and the very cinematic Manhattan St. Raymond’s Church. Check us out at fatherandfatherthemovie.com, on Facebook and Twitter.

BRANDON STEINER Living on Purpose: Stories about Faith, Fortune, and Fitness That Will Lead You to an Extraordinary Life